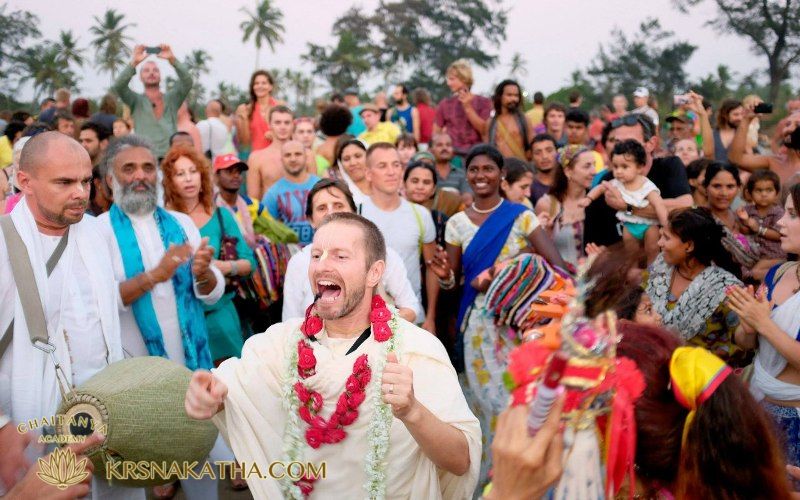 Goa – a place where people go in search for a different life, seeking out freedom, an existence without boundaries… – unfortunately very often thus thinking the impersonal Brahman realisation to be the ultimate goal in life, strengthening their bodily identification by exercising to have a very beautiful and healthy body through yoga practice or ending up in deep darkness of intoxication being confused without direction in life.

For over two months a dedicated team of devotees under the guidance of Lalita Priya dasi has been opening up new perspectives by distributing books, doing morning and evening programs on the beach, singing kirtans and hearing from Srimad Bhagavatam. 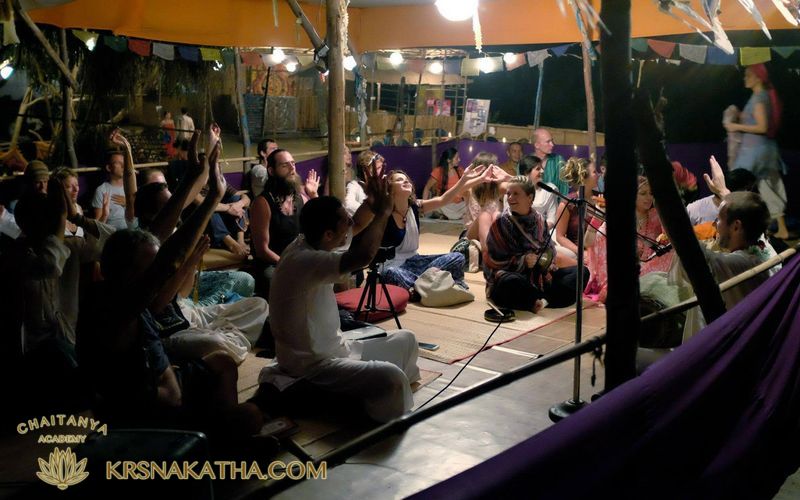 Now blessing everyone with His divine presence Srila Gurudeva is staying in Goa and enlightening fortunate souls with the transcendental teachings of the ancient Vedic scriptures. In different locations seminars are being held. Today Lalita Priya dasi and her team are also conducting one program at a nearby Hindu public school.

Along the beach Sri Krsna Caitanya’s representative is distributing the Holy Name and people spontaneously join the sankirtan party to chant and dance in ecstasy. In the seminars of Vedic culture we can learn about the power of mantra and the qualifications one needs to have in order to go on the spiritual journey. 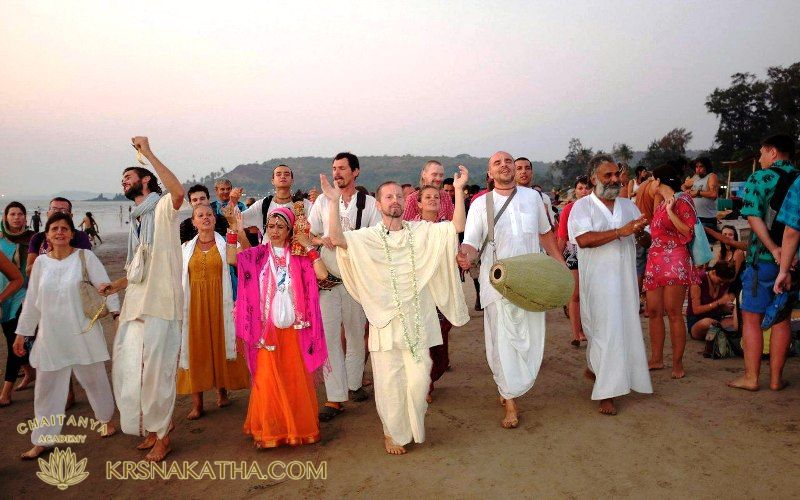 Also we heard about how Sri Caitanya Mahaprabhu delivered Prakasananda Sarasvati from the confusion of the impersonal realisation of God. Srila Gurudeva opens up the secrets of discovering ones immortality by accepting a bonafide Guru and under his guidance step by step discover ones eternal spiritual body.

We came to know about the benefits of following Ekadasi and heard the beautiful pastimes of Lord Varahadeva.

On Nityananda Trayodasi Srila Gurudeva woke up the awareness of Nityanada Prabhu’s sublime position as the undivided principle of Guru-tattva and being the source of the expansions manifesting as the catur vyuha in Dwaraka and Vaikuntha and as Maha Visnu manifesting the different universes, down to the jivas of the material world and ultimately as Ananta Sesa at the bottom of the universe, all performed in His self identity as sevaka purusa, supreme servant. 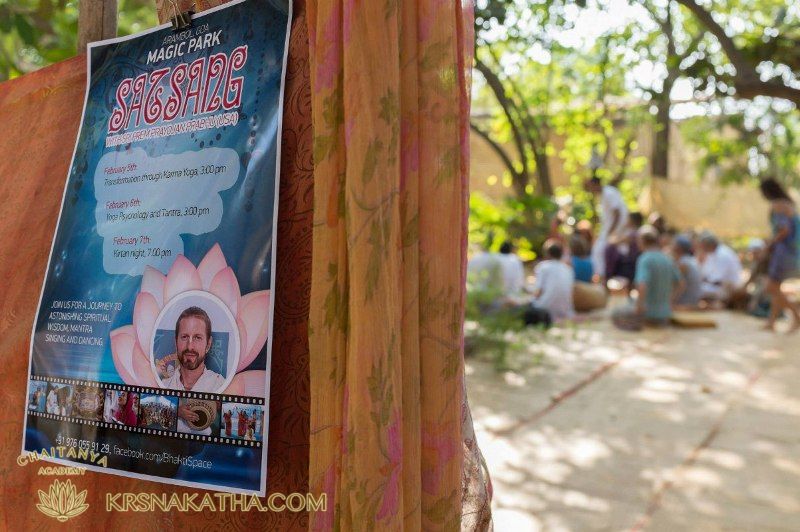 The history of Vrtrasura teaches us, that it is very difficult to recognize a pure vaisnava and how devastating the desire to be the enjoyer is even disrespecting Sri Guru. This Srila Gurudeva showed us by speaking about Lord Indras behaviour.

Soon our spiritual journey continues towards Udupi in the state of Karnataka, which is a divine holy place in connection with our Srila Madhvacharya.

Feeling very blessed to be present while this transcendental love is being distributed by our Srila Gurudeva I offer my humble pranams at His lotus feet. 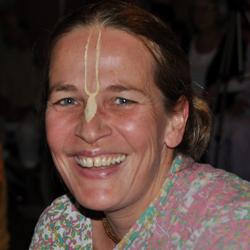