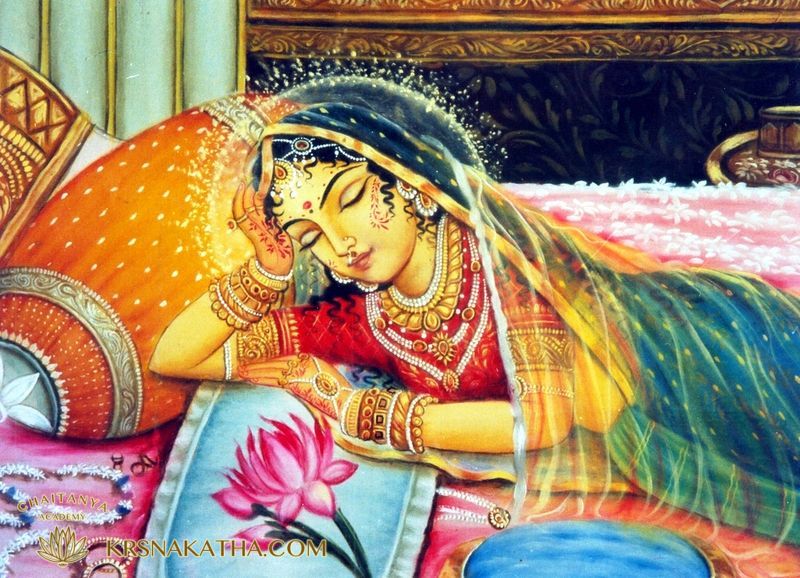 Radhashtami is a festival when we celebrate the appearance of the dearest beloved of the Supreme God Shri Krishna. She is the embodiment of all possible energies in this world. Her name is Shrimati Radharani. 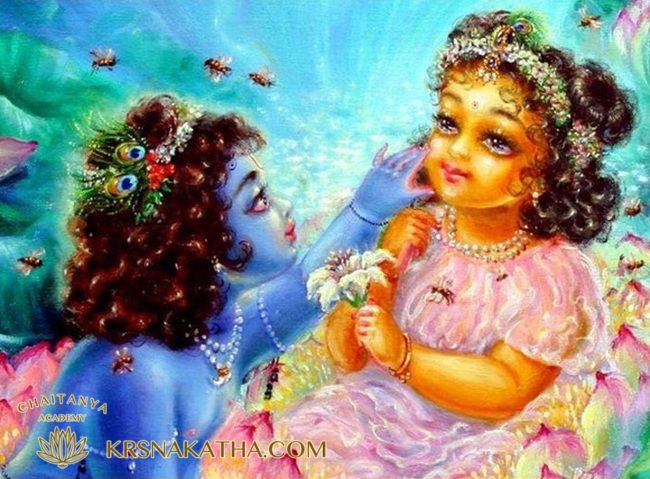 Radharani is the source of eternal love and infinite mercy. She is the absolute manifestation of Ananda – energy of transcendental happiness of Supreme Personality of Godhead. When all this ananda, all unlimited and boundless Krishna happiness up to the last drop appears in the personalized form she is called Vrishabhanu-nandini Shrimati Radharani.

Radhika is an integral shakti of Krishna, the center of all his energies. Being the spiritual energy, she can take various forms depending from functions. For example, daily vag-shakti helps us to talk, pachan-shakti helps us to eat, everything we do – breathe, look, walk - we do with the help of different energies that God has mercifully given to us. The source of all this powers, all this energies is Shrimati Radharani herself. Have you ever thought of this? Why are we capable of breathing? The Supreme God is very merciful and extremely humble to support our each step in life in a very subtle way.

In this way, Radharani is purna-shakti and parama-shakti – Krishna's supreme transcendental energy of pleasure. Shri Svarup Damodar has written:

Who is Radha? She is the transformation of Krishna pranaya – his self-affection that had manifested as Hladini-shakti. 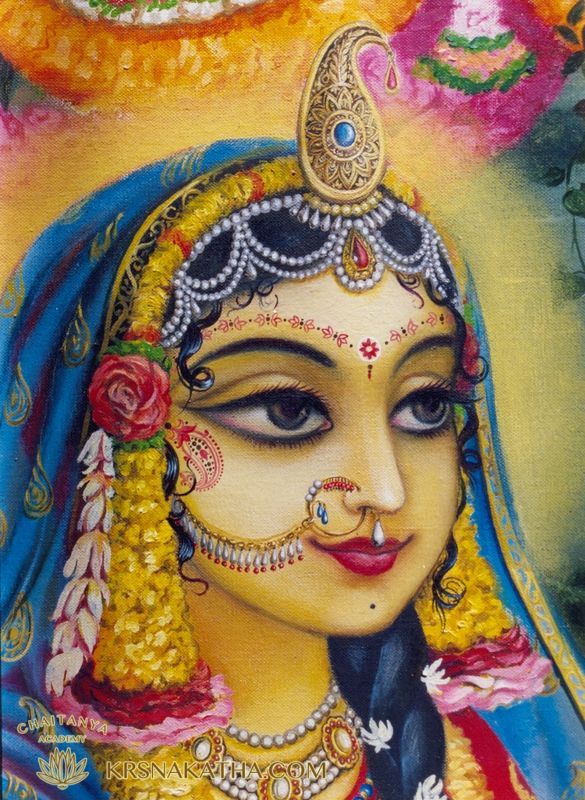 To explain the above mentioned, we will tell a story from Padma-purana. Once Krishna was on the bank of Jamuna river. He was thinking: “ How can I find happiness? I am bestowing happiness to the whole world, but who will give happiness to me?” In this very moment, a young beautiful girl appeared there. She was very attracted to him and ran straight to him.

Who was this girl? It was Krishna Pranay. Pranay means affection. When you are drawn to someone, you feel that your mind, your body, your feelings, your heart, your thoughts, everything you have is united with this person. It is called pranay – affection in response to someone’s calling.

When Krishna felt sorry for himself, his own affection – pranay has emerged in a personalized form of the beautiful Shakti, Hladini-Shakti. In other words, the very moment Krishna thought “How can I become happy?”, the answer emanated right from his divine form.

This young girl was so attracted to Krishna, she ran straight to him. The attraction she had is called RAG in Sanskrit. It means deep affection. The word “run” in Sanskrit is called DHAVATI. Since she felt deep affection – rag and ran – dhavati, her name is Ra-dha. This is what Padma-Purana says – the one who ran towards Krishna feeling intense deep affection is called Ra-dha – rag dhavati. This is Shrimati Radhika.

Scriptures say that Shrimati Radhika and Krishna are one soul that took 2 different forms to experience the nectar sweetness of their divine games in forests of Vrindavan.

Shrimati Radharani is exceptionally beautiful and many famous poets, even Lord Shiva tried to describe her inconceivable look. Radha is called shushtu-kanta-svarup, which means that she has a big mass of black curly hair, she has big gorgeous eyes, and she has a lovely face that resembles a lotus flower. Her body is so beautiful that it does not need any embellishment. Her fingernails shine like jewels on golden petals of her lotus hands. 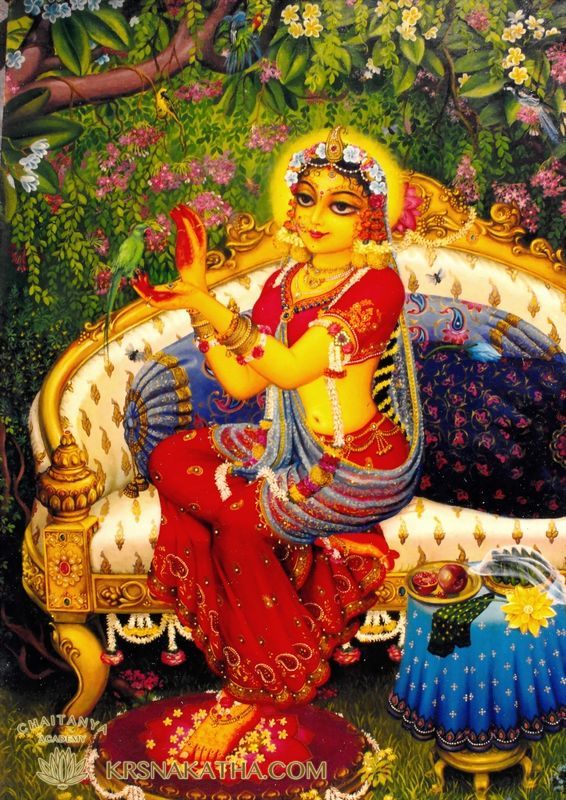 Shrimati Radharani is also called Vrindavana-chakravartini, everything in Vrindavan, including the son of mother Yashoda spins around her. However, Radhika is the abode of all love and compassion and she is very delicate to all who took shelter at her.

The God is unlimited, and in the same way, his spiritual energy is limitless. Only those fortunate souls who will take shelter at the feet of the great saint meditating on the transcendental reality will have the opportunity to meet with this beautiful Truth!